By Rosemary Broadbent on August 26, 2020 in Housekeeping

Rosemary’s music lectures for the Manchester Continuing Education Network (www.mancent.org.uk) have moved online, so anyone can now join in via Zoom. Her Autumn series will consist of four two-hour sessions on Friday mornings in September and October, exploring

The piano concertos of Mozart and Beethoven

Mozart’s piano concertos span his life, from childhood experiments before he was ten to his final year, 1791. Although the form and the instrument were new, the concertos have been claimed as his most characteristic creation and an example of perfect balance which no other composer has achieved since. Parts One and Two will examine these claims by a detailed look at selected concertos, illuminated by Mozart’s entertaining and 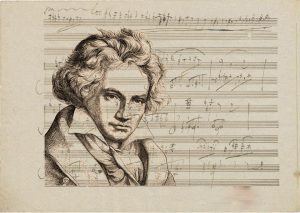 Parts Three and Four will investigate how Beethoven re-examined the form from first principles and created a challenging and dangerous legacy for future composers.

Full details can be found here: http://mancent.org.uk/?page_id=3459 . The first lecture is on September 25th: book by September 18th to secure your place. Sessions can be booked individually or as a series.