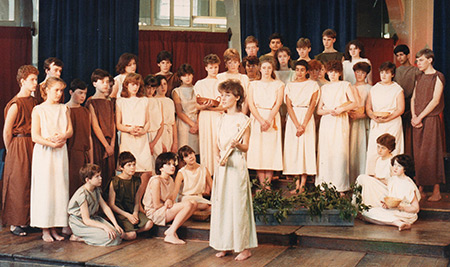 Rosemary Broadbent read Music at St. Hugh’s College, Oxford, where she also studied the organ with David Lumsden and John Webster. She taught Music at Cheadle Hulme School, Cheshire and at The Hulme Grammar School for Girls, Oldham, where she was Head of Music for 21 years. During this time the Music Department expanded considerably, and, in collaboration with the associated boys’ school, she conducted major productions such as Poulenc – Gloria, Britten – Noye’s Fludde, Gluck – Orpheus and Euridice and Richard Stilgoe – Brilliant the Dinosaur. The school’s centenary celebrations were marked by Rosemary’s setting of The Blest for SATB choir and organ. She also arranged the commissioning of All the world’s a stage, a major work for upper voices by David Stoll, and conducted the first performance.

At the same time, Rosemary was composing music for young performers elsewhere on a regular basis. For the St. James Independent Schools in London she wrote incidental music for four Shakespeare plays, and Sheffield Youth Theatre commissioned music for The Tempest, scored for voices and wind quintet. The St. James collaboration culminated in the opera The Quest of the Holy Grail to a libretto by William Wray. Several of her compositions were performed in the Lincoln Labyrinth Festival in Lincoln Cathedral in August 2014. 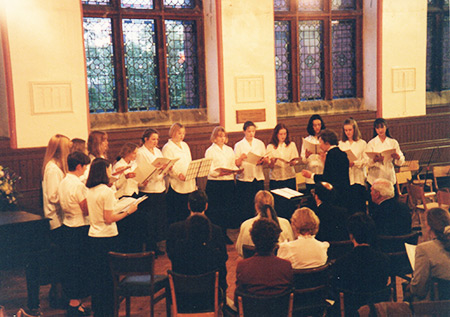 Rosemary formed and directed the Convivium Choir in Manchester, an adult amateur group which gave concerts in St Ann’s Church, Manchester and in various venues in the North West. She has written a number of anthems and carols for Convivium, for the Discantus Choir in London and for individual commissions. 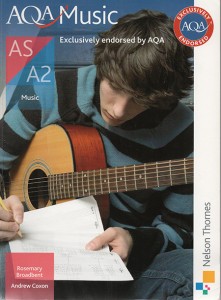 Since 2001, Rosemary has worked as an academic tutor at the Junior Royal Northern College of Music in Manchester and as an ABRSM performance examiner, travelling widely in the UK and Ireland. For thirteen years she was a Principal Examiner for A Level Composition and has run workshops for teachers on compositional techniques and teaching strategies. She co-authored an A level Music textbook (with Andrew Coxon http://www.asc4music.co.uk ) and has delivered webinars for teachers on Music at Advanced level. She is also a popular lecturer on Music for local arts societies and interest groups.